Best Hotels Near Universal Orlando with Rank and Price Comparisons 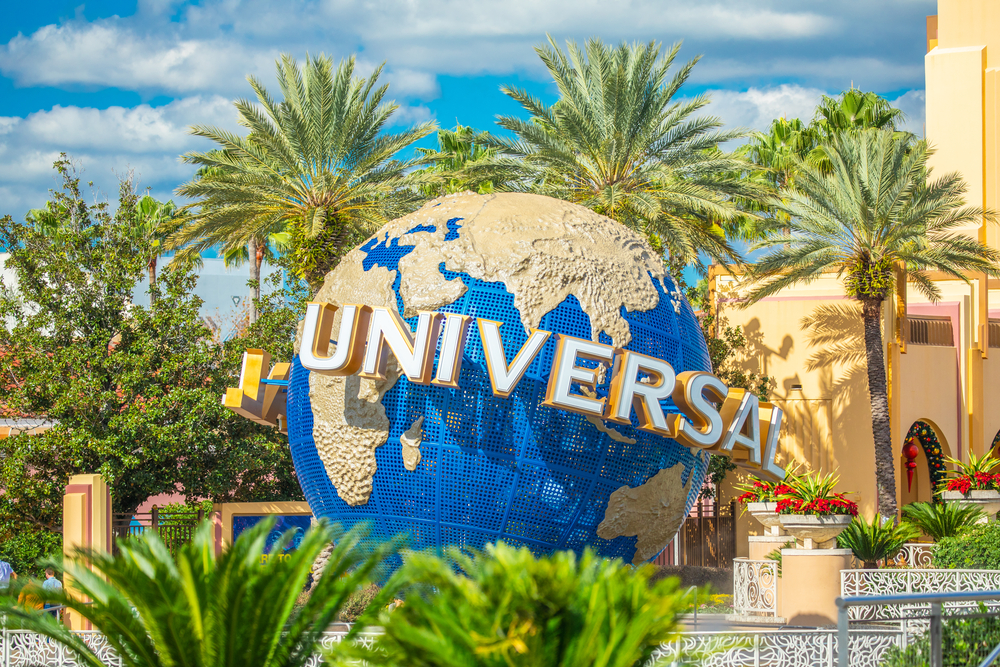 The Universal Orlando Resort is a bustling and exciting place to visit. Shopping, dining, entertainment, theme parks, it’s all there. There are some great hotels right on the property that include some perks like free transportation and early admission. The premier hotels are more luxurious and come with more incentives like Express Unlimited Passes. Those let you skip the line for the rides at Universal Studios and Islands of Adventure. But the prime value resorts have a certain buttoned-down charm and knockout aesthetics like Cabana Bay’s retro theme. The best places to stay for your Universal vacation are right on property, but you can still have the convenience, luxury, and savings by booking at one of the best hotels near Universal Orlando. These conveniently located hotels just outside of the Universal resort all rank within the top 100 found in Orlando. 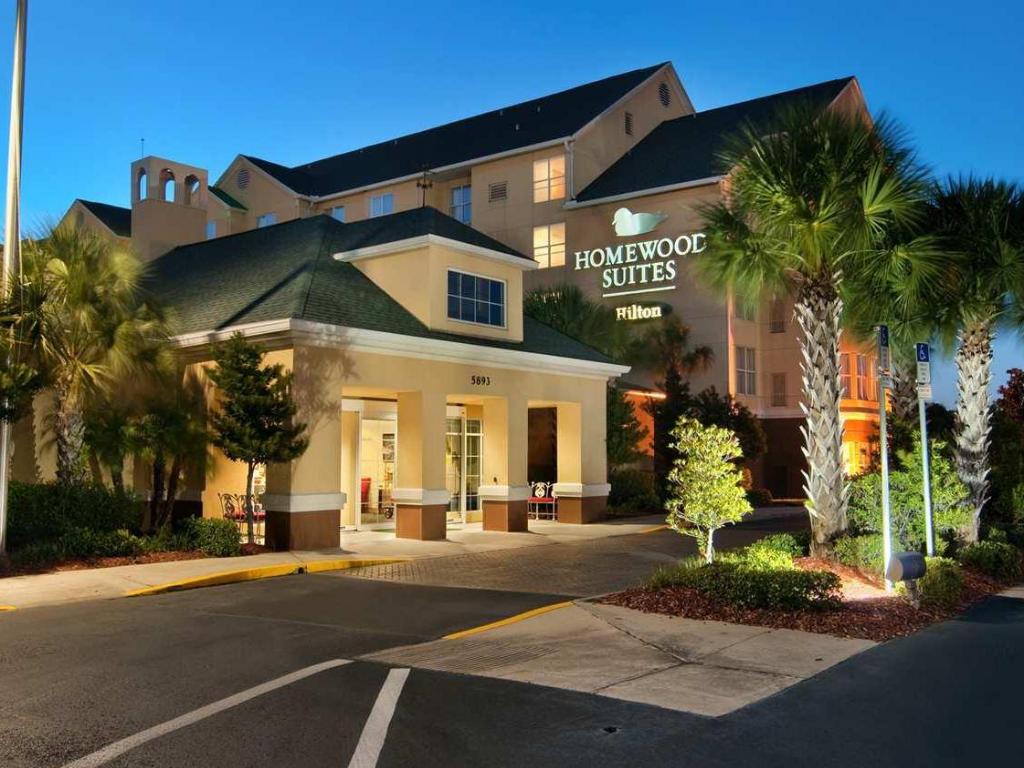 Homewood Suites is one of the best places to stay near Universal Orlando. It’s conveniently placed right off the freeway with quick and easy access to Universal attractions. The hotel is ranked #71 in Orlando by Trip Advisor and offers spacious suites with additional perks like free breakfast and complimentary drinks. If you are looking for a place with a full kitchen that feels like home, then One of Homewood’s studios or one and two-bedroom suites are ideal. At an estimated $251 per night, the price comes in just below Universal’s base rate for rooms in their premiere category.

Hyatt House Across From Universal Orlando

Just across from the Universal Orlando Resort, closer to the action than some of Universal’s own hotels, is Hyatt House, which ranks #40 in Orlando and has maximum comfort and convenience for Universal visitors. Every room has a microwave, refrigerator and coffee maker and shuttle service to the parks is complimentary. Free breakfast is also included and the estimated cost of $139 per night rivals the prime value resorts at Universal. 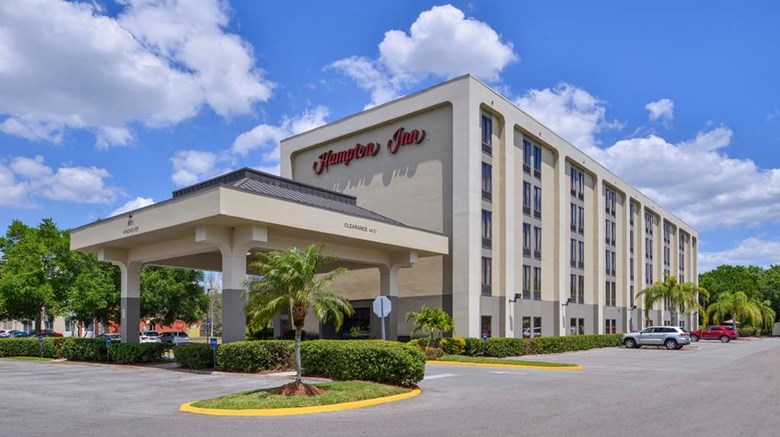 A stay at the Hampton Inn is just minutes away from Universal via complimentary shuttle service. This mid-range hotel starts at an estimated nightly cost of $95. That’s about the starting price of Universal’s new Endless Summer value hotels. The Hampton Inn and Suites Closest to Universal is a favorite for Universal visitors and ranks #34 among hotels in Orlando. This hotel also offers a complimentary breakfast.

Drury Inn and Suites Near Universal

Where Drury Inn and Suites exceeds expectations among the already exceptional hotels shown here is cleanliness. The level of care on this property is what pushes it’s ranking to #20 in Orlando. The cost is below that of a prime value hotel at Universal, It’s pet-friendly and includes complimentary shuttle service, free parking, and free breakfast. This hotel is the ideal place for families and has less focus on business-related amenities.

The Point Hotel and Suites

The Highest regarded hotel of those located near Universal Orlando is The Point, which ranks #12 in the city. The affordable pricing of this hotel and the convenience of its location and free shuttle service are among the reasons for its high guest satisfaction rate. The Point has a comfortable atmosphere and rooms have private balconies and kitchenettes. The Point also offers family rooms and suites. 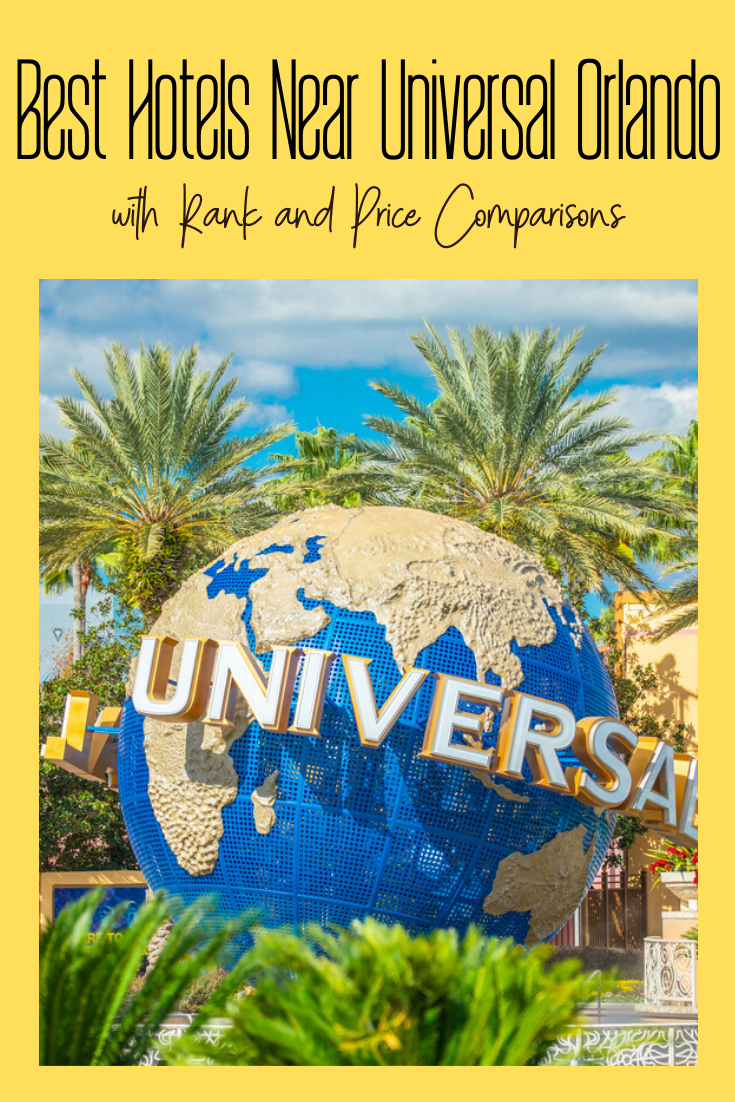 On A Budget? Here’s 5 Things To Do For Free in Playa Del Carmen

I have been to Orlando more times then I can count, but have yet to go to Universal. I plan to visit universal in 2020 so I will keep this list for reference!

I have only been to Universal Studios here in Los Angeles (where I live) but I am sure at some point in my life, I will make the trek to FL… Cause I do have a new son after all that HAS TO see such places!

The hotels with free breakfast are always my first pick. Then they have to have a pool.

I have stayed at Hampton Inn in Pennsylvania and I would love to stay there again at the Universal Studio, $95 is really an excellent price for what it offers.

There are some really nice picks here. When you’re on a trip, especially to a theme park, you need a place to come back to that is comfy and cozy.

I’d love to stay at The Point! Private balconies are such a plus, esp. with beautiful views

This is perfect timing. I’m actually planning our next trip to Universal and we were looking for a place to stay.

Hampton and Homewood are two of my favorite hotel chains. I’m not surprised they made your list. Great picks here.

I’m really hoping to take the family to Orlando again soon, so this is going to come in handy. I stress and fret over the perfect hotel, location and cost so this will save lots of time.

Thank you for this review. It’s so important to find always the best hotel at the best price!

The “Drury Inn” is my place to be, according to your compilation here. I fancy staying there for a while.

We’ve never been to Universal Orlando. We’ve been to the California park, however. This is a great resource for anyone planning a visit to Orlando Universal Studios. It’s such a great park!

Love all the prices! Such great options! Thank you for sharing it!

thanks for sharing. you mention there are value priced resorts within universal? i’d be curious to see what those are like in comparison.

Joy at The Joyous Living

Homewood Suites by Hilton is the best hotel to stay in. I have stayed there numerous times and have been treated very kindly by the staff.

I think the Homewood Suites by Hilton seems like a good option for the family. I hope to try their services. I want to see Universal Studios soon.

Great resource for families planning a trip to Universal Orlando. I like that you have mentioned the rankings, amenities, and other noteworthy services these places offer. That would make it easier to choose a place to stay.

I love to stay in the hotels near the parks. It makes it so much nicer at the end of the day when you just want to chill and recover. 🙂

Those look like fantastic hotel options. I hope to get back to Orlando with my kids again soon.

These look like some great hotels. I’ve stayed at some of them before, just in different areas.

These all sound like pretty good choices. Thankfully, we live close enough near it that we don’t usually have to worry about hotels.

I cannot wait for my family’s next vacation. I live taking trips with my people to fun places.

I live an hour away and usually stay at a hotel! I’m a Hilton fan, so the Homewood Suites by Hilton and Hampton Inn are my go-to!

i have yet to give Universal Studios in Orlando a chance. I think once the boys get a bit older.

This is really a great resource! Thank you so much for these helpful reviews!

These are beautiful and fancy hotels. The perfect stay for a family vacation!

Those are pretty great recommendations. Both has great feedback as I checked. I love them both.

These are nice hotels for the whole family, and you won’t definitely regret staying in these cozy hotels and paying for accommodation.

It’s always a great idea to save money and find a comfortable hotel to stay in when going to amusement parks. These look like some good ones.