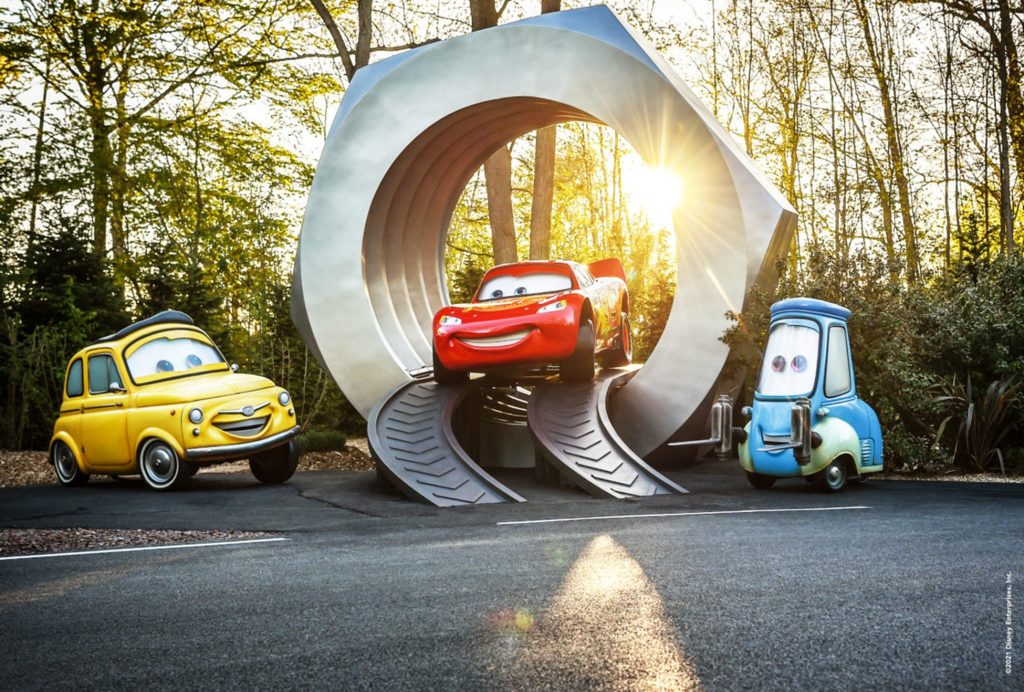 Disneyland Paris, the final Disney resort to reopen and stay open post the Covid-19 pandemic closures will be laying out the ‘bienvenue’ mat on June 17. 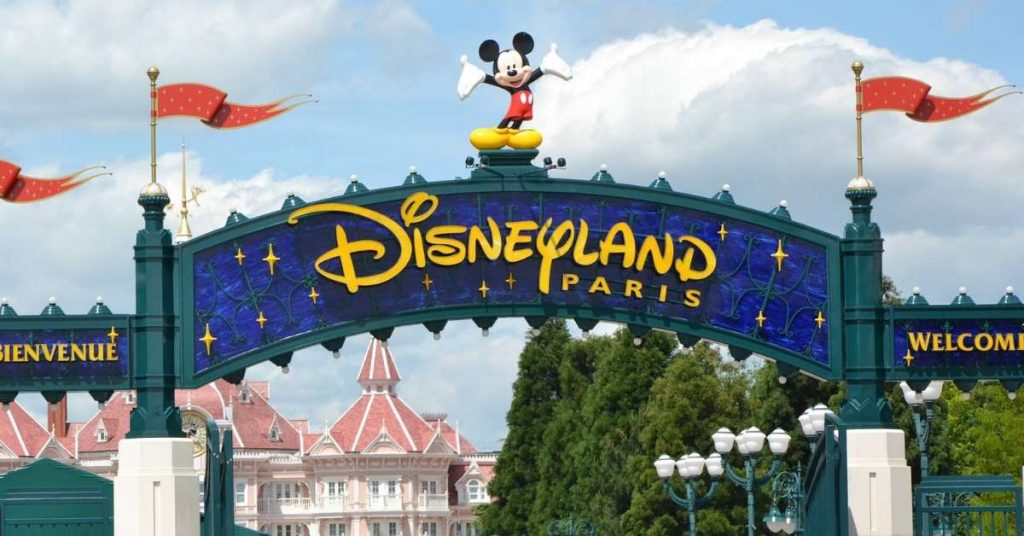 During the hiatus, Disney’s Imagineers did anything but cool their jets and the refurbishment of Walt Disney Studios Paris’ Studio Tram Tour is finally complete.

Reimagineered to Cars: Road Trip, guests will take a ride down America’s famous Route 66 with their favorite ‘voitures’: Lightning McQueen, Guido, Luigi, Mater and others to visit all the wacky and whimsical roadside attractions that make the road trip a favorite U.S. past time.

Guest will love snapping photos of the World’s Largest Lug Nut and visiting the Cars-tastrophe Canyon. That is until, true to form, trouble will arise with the blue Dinoco semi-trailer truck. 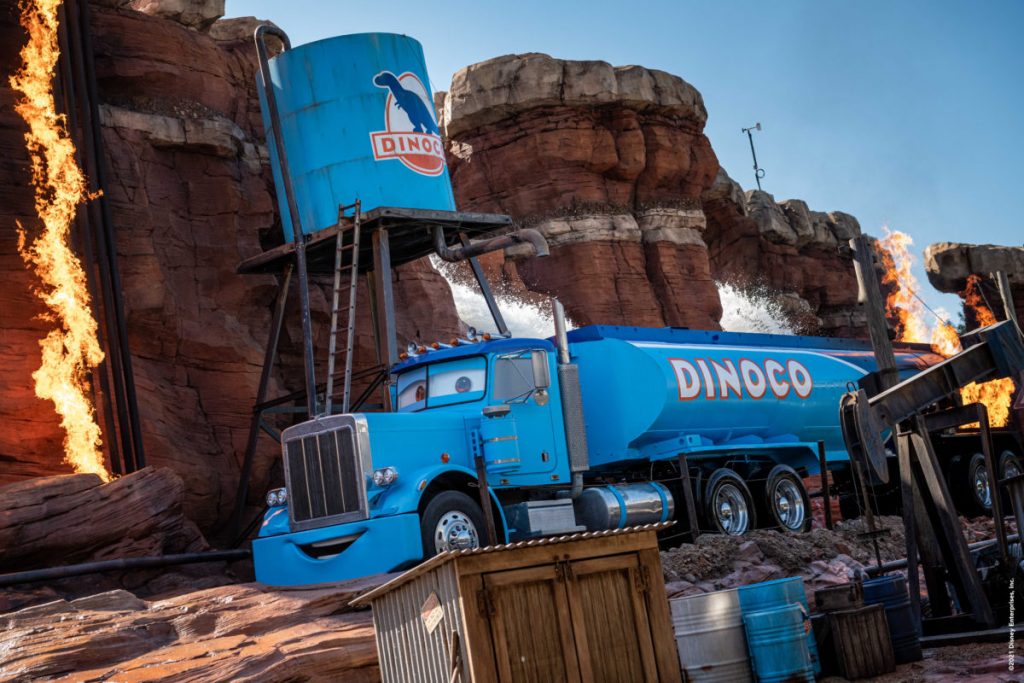 There is a sense of Parisian pride with the revamped Cars-tastrophe Canyon scene. It was famously made possible by two small enterprises based in the local area that surrounds Disneyland Paris- Carolaux-Paradis, a local body shop who remodeled and repainted the truck’s exterior and the surrounding props of the Catastrophe Canyon scene and Axyon, an engineering company who designed, built, tested and installed all the required animation mechanics. Carolaux-Paradis was also responsible for the refurbishment of the tour trams. 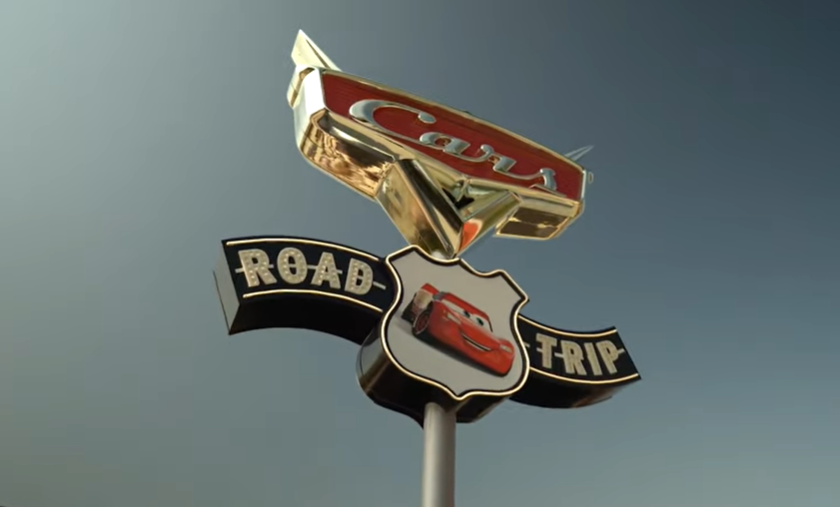 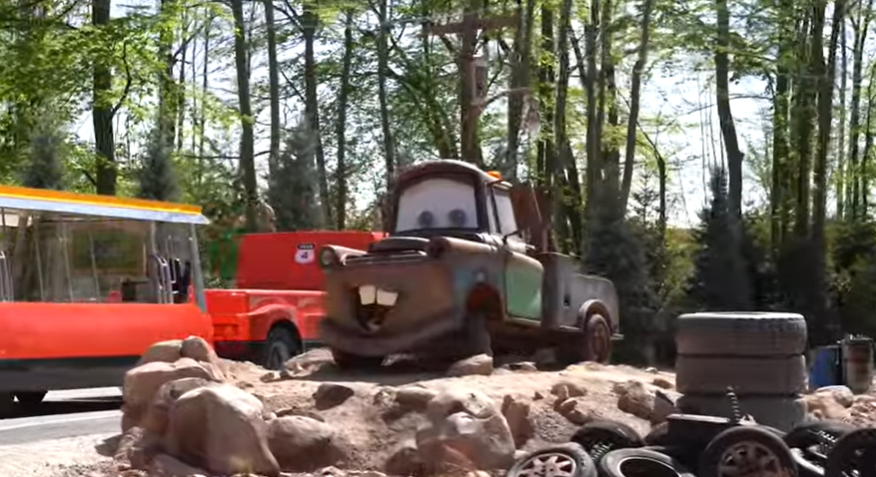 Disney Studio Paris showed off a few photos today of the revamped Cars: Road Trip, sparking even more interest in the upcoming and eagerly awaiting reopening date of  June 17th.