Highest Suspension Bridge in Canada Set to Open in B.C. in May! 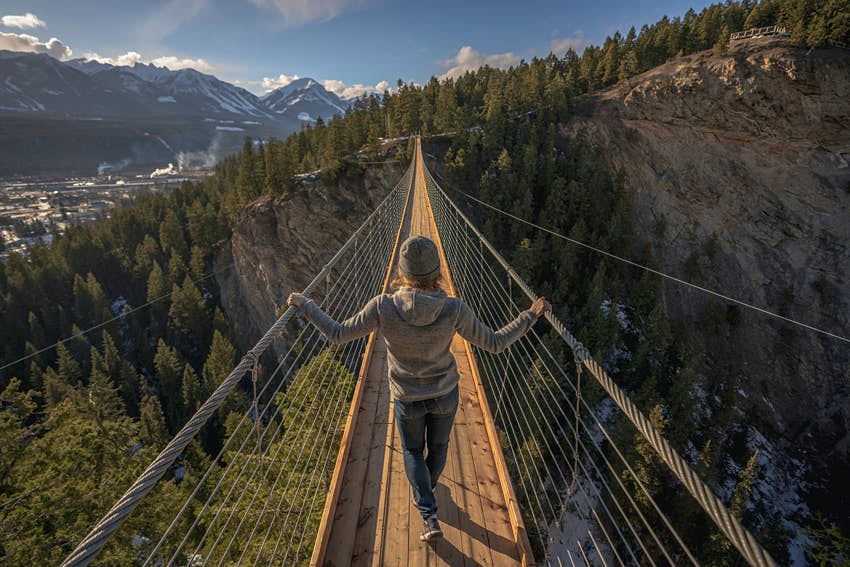 The Golden Skybridge will open, just outside of the picturesque British Columbian town of Golden next month. The highest suspension bridge in Canada will either have you clamoring to cross the canyon between the Columbia and Rocky Mountain ranges at a dizzying height of 426ft (130m) of have you curled in a fetal position, rocking back and forth and whimpering “nope!”. I am of the latter group. 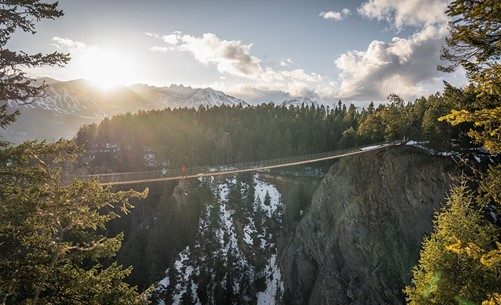 However, the thrilling photographs of the bridge and the views it provides showcase a spectacular opportunity for those with the head, and stomach for such thrilling heights.

The aptly named Golden Skybridge will actually consist of not one but two suspension bridges, the lower one hanging at an elevation of 262ft (80m). This makes the second bridge the second highest in the nation.

Those souls brave enough to cross the two Golden Skybridges, connected via a woodland path, will be rewarded with 360-degree vistas of snowcapped mountain peaks, a breathtaking view of a 200ft (61m) waterfall and bubbling river below. Viewing platforms have been created for guests to snap their Insta-worthy shots

Behind the building of the Golden Skybridge is adventure travel firm, Pursuit. Pursuit are  “focused on connecting guests to iconic places through unforgettable and inspiring experiences,” according to President, David Barry

Opening at the Golden Skybridge later in the summer of 2021 will be a tandem bungee swing and 1,200-metre- (3,937ft) zipline that spans the canyon. For the less adventurous explorers, they can wile the hours away at an outdoor courtyard and café at the experience base. 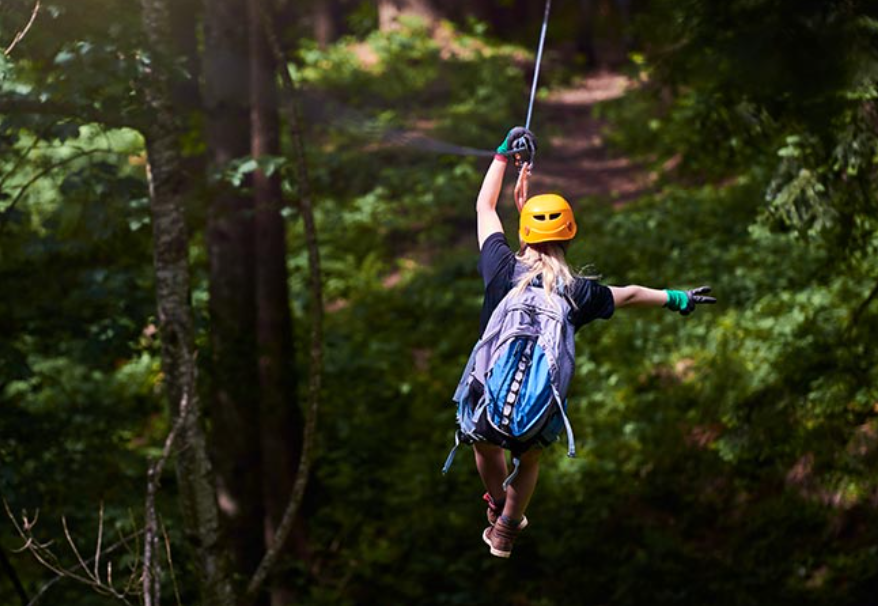 “The Columbia Valley is one of those remarkable places that is uniquely positioned to provide a stunning yet accessible mountain experience,” Barry continued. “Whether you’re staying in Golden or making it a stop along your journey between Alberta and British Columbia, the Golden Skybridge will soon become an iconic experience for Canadian and international visitors alike.’ 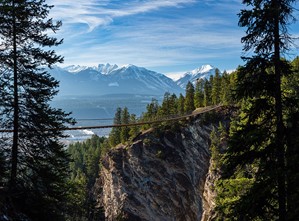 For now, it will be Canadian visitors only, almost solely within the BC region. With active Covid cases climbing in many Canadian provinces, the country is closed to tourism with non-essential travel in and out of the country extremely restricted. Even traveling between provinces is highly discouraged for Canadians and no end date is in sight until the surging cases are under control.