New Photos of the Disney Wish Construction from its German Shipyard 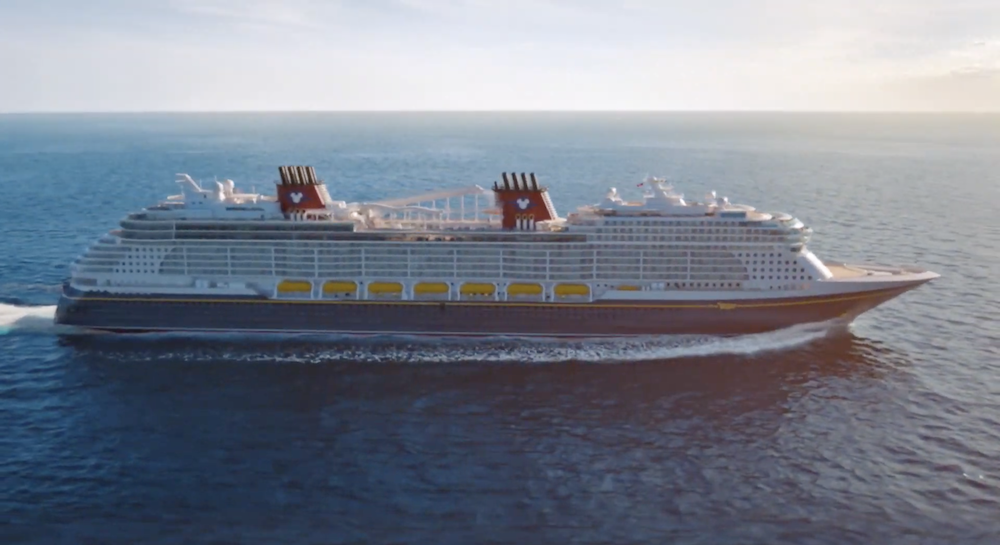 Construction of Disney Cruise Line’s new ship, the Disney Wish is well underway at the Meyer Werft shipyard in Germany. For the first time since laying the keelback in April, four long months ago, Disney is offering up a sneak peek of not just the imagineered version of the highly anticipated vessel, but the real flesh and bone- or should we say steel and glass ship.

Portfolio project management executive for Walt Disney Imagineering Germany, Philip Gennotte has the mammoth job of overseeing not just the construction of the Disney Wish, but its eventual safe delivery to the cruise line.

Excitedly, Gennotte described the installation of the ship’s wheelhouse (a.k.a. bridge) and bow.

“The wheelhouse for the Disney Wish is nearing completion and is part of a huge block to be installed on the ship in the building dock. We have all eagerly awaited this moment, as this block will truly give the Disney Wish an identity. I would even go as far as saying that it gives our ship a face!” 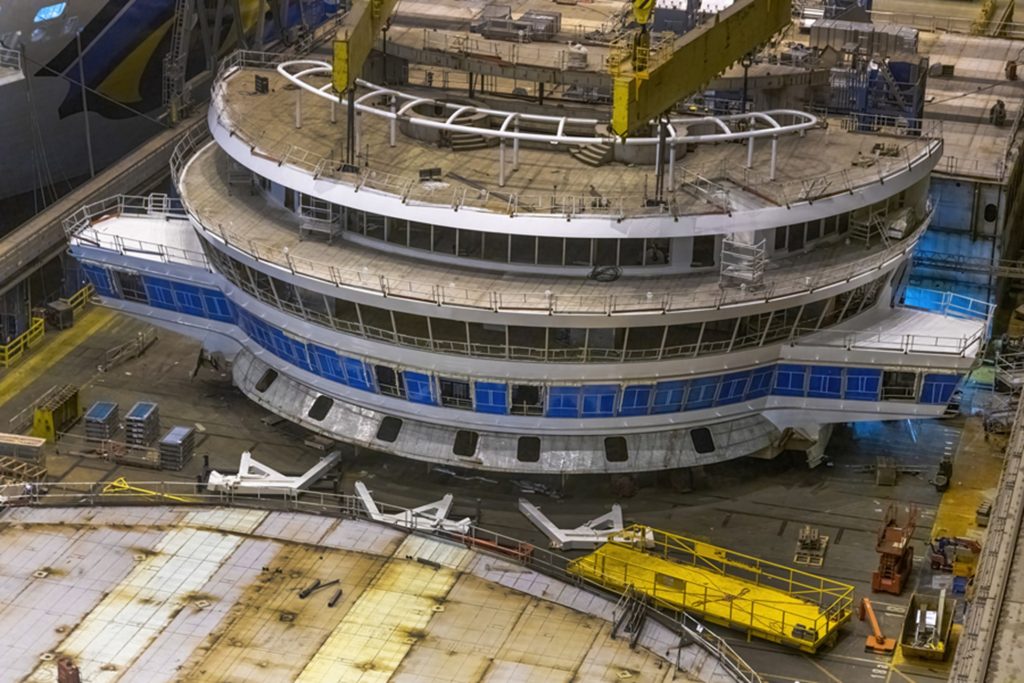 The Disney Wish is currently being built block by block, however, not all ships in the Disney fleet were built in the same style.

The Disney Magic, the line’s first ship was built in two halves, one hundred miles apart. The front of the Magic was constructed in Ancona, Italy then towed 100 miles to meet the stern in Marghera (just outside Venice) to be perfectly joined and welded together.

The Italian shipyard then changed its style to build the Wonder a year later. The Wonder was built from the keel up in layers- deck by deck. 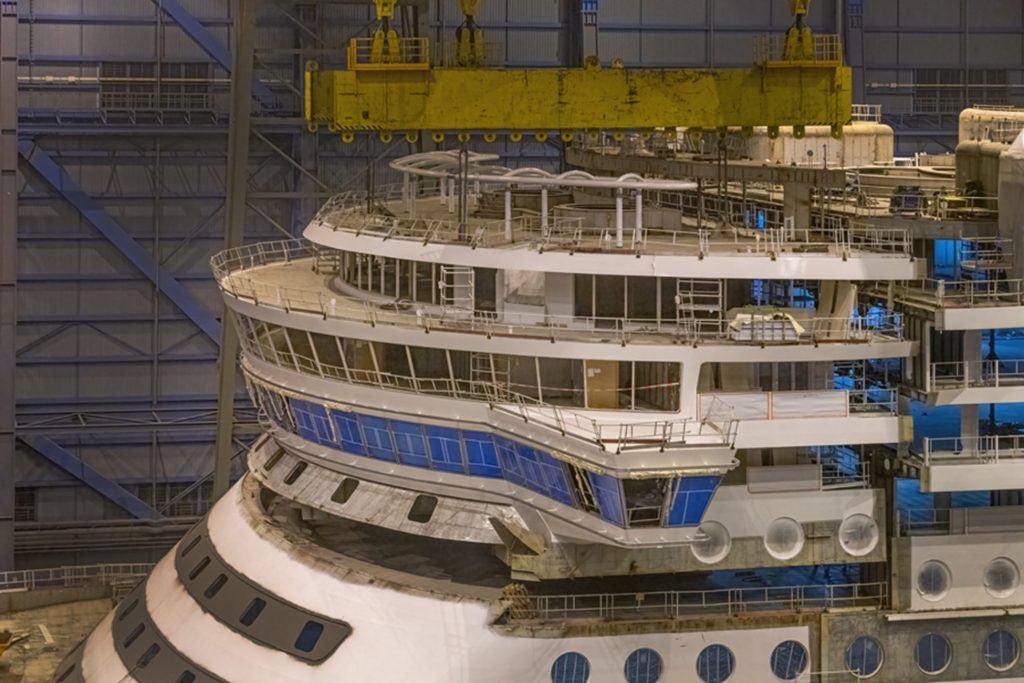 The wheelhouse block is an incredibly important part of any ship as this is where the captain and his or her officers command the entire ship.  The ‘wings’ on either side have glass bottoms so the ship can be directed alongside a dock as close as possible. This steering is done by joystick!

While the wheelhouse is carefully designed both from a navigational and functional standpoint, like all parts of a Disney cruise ship, it was also created with beauty in mind.

With the lifting and installation of the huge, and heavy block, a new milestone is achieved and the entire foreship has now been constructed.

To complete the bow a so-called ‘gigablock’ is married to the foreship and the bow’s hull, which will be decorated with Captain Minnie’s portrait surrounded by filigree, was lifted and installed. To lift the 500 metric ton bow block, install and fully weld it to the gigablock took around 10 hours- all the while the monstrous 1 of 100 pieces was being suspended from an overhead crane. 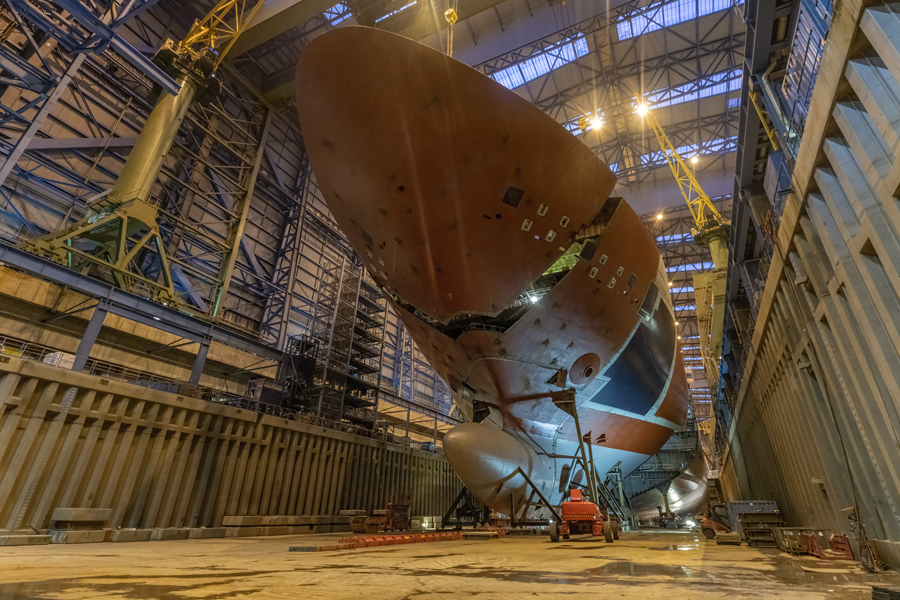 30 more blocks are still required to be put in place to complete the construction- then the imagineers get to take over and beautify the vessel. They will have until June 2022 when the Disney Wish will embark on its maiden voyage.