Disney Cruise Line will be debuting a brand new dining experience for Marvel and superhero lovers to enjoy on the brand new Disney Wish.

The Avengers: Quantum Encounter at Worlds of Marvel restaurant will offer a cinematic dining adventure in an experience of “revolutionary quantum technology and world-class cuisine.”

While we’re not sure what that means, Walt Disney Imagineering Creative Director, Danny Handke breaks it down, saying it is “Disney Cruise Line’s most ambitious dining experience ever.” 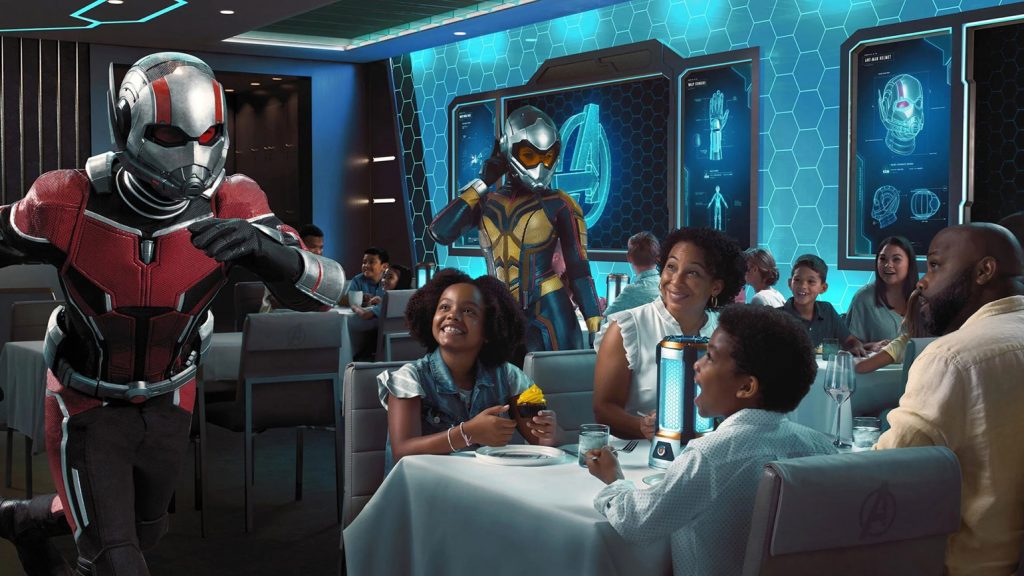 In a never been attempted before immersive experience, guests will be placed in the action “through sophisticated technology and innovative storytelling.” Diners will play an interactive role in an action-packed Avengers mission that unfolds around them.

And this story-driven experience is said to compliment the one of a kind menu, inspired by the Marvel Cinematic Universe

Ant-Man and The Wasp will star in this dining adventure where guest get an up-close look at holographic models, field reports and scenes from Marvel movies, displayed on the screens surrounding the restaurant. 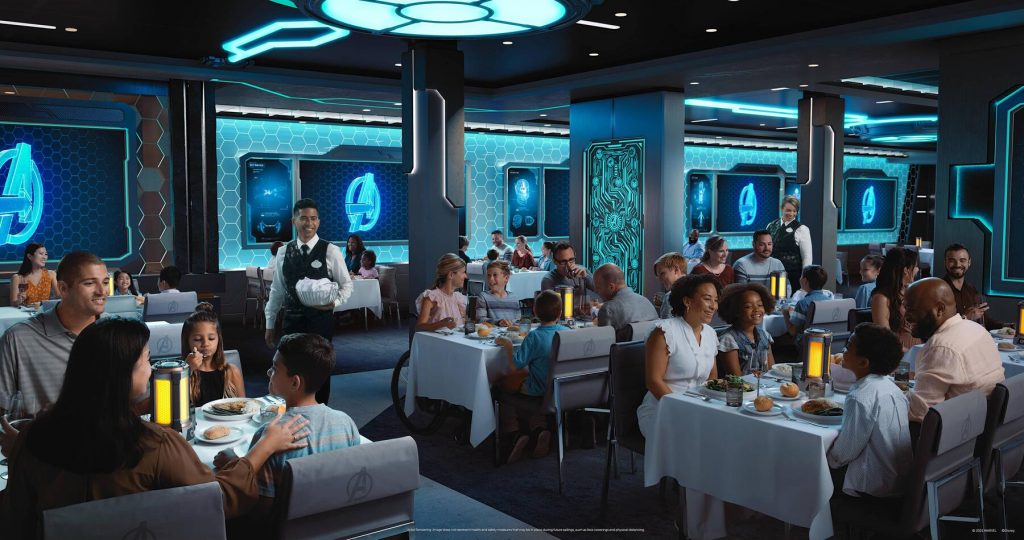 Each table will feature an interactive ‘Quantum Core’- a device that can ‘shrink and grow objects’ and each dish served is inspired by locations spread through the Marvel Universe- Black Panther’s Wakanda, Wanda and Pietro’s Sokovia and Peter Parker, aka Spiderman’s New York City.

Disney has said that the menus are still in development with their top chefs but that guests can expect a diverse array of globally influenced menu items with “playful nods to the worlds and characters they know and love from Marvel Studios films.”

The Disney Wish is currently being built at the Meyer Werft shipyard in Germany, the first of three new ships for the growing fleet to be delivered by 2025. The Wish is expected to be delivered in the first quarter of 2022 and will sail its maiden voyage on June 9, 2022. Its regular itinerary is scheduled to be three- and four-night cruises to Nassau, Bahamas, and Disney’s private island, Castaway Cay, from Port Canaveral, Florida.

[…] only is Disney Cruise Line set to sail again, but it looks like guests can look forward to some exciting changes. There’s a […]

[…] still not the same way it was before the Covid-19 pandemic began. There’s a new report that says American Cruise Lines canceled an Alaska trip due to three Covid-19 cases. Two of the three people who tested positive […]

[…] little different than before. There’s a new report that says large cruise ships have returned to Alaska, after being nearly invisible for the last 15 months because of the ongoing pandemic that has been […]