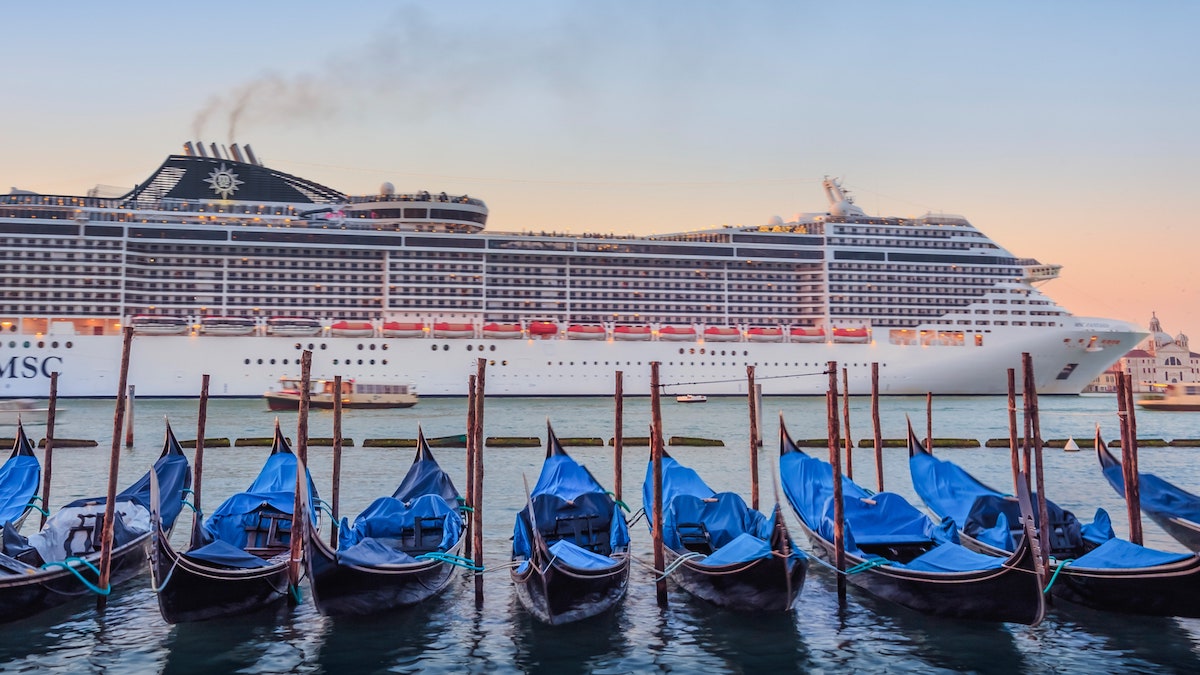 If your ideal vacation is eating a bowl of hearty pasta while cruising the Mediterranean Sea and perhaps even passing a few Italian ports by, we’ve got news for you. There’s a new report that says Venice has banned large cruise ships from their famous canal. In other words, buon-gior-NO. Here’s what you need to know.

The Italian government announced the ban this week, calling it “an important step for the safeguarding of the Venetian lagoon” in a statement. Culture Minister Dario Franceschini, who has regularly voiced his opposition to cruise ships, tweeted that he was “proud of having kept a promise.” The law applies to ships weighing more than 25,000 tons, measuring more than 590 feet long, or more than 115 feet high.

“It is not going too far to define this day as historic,” he said, adding that the decree would go into effect on August 1.

“Ships will no longer pass in front of St. Mark’s or the Giudecca Canal,” he added, referring to the route they traditionally take through the center of the city.

So, what does this mean? Cruise companies will have to scrap Venice from their itineraries until the industrial port of Marghera is repurposed for passenger use. The government has appointed a commissioner to fast-track the job, which would ordinarily take about six months.

UNESCO, which is based in Paris, recommended last month adding Venice to its list of World Heritage in Danger sites. The recommendation was expected to get consideration later this month during a UNESCO meeting in Fuzhou, China. For years, protesters hoisting signs proclaiming “No Big Ships” have demonstrated in Venice, sometimes taking to small boats to sail close to the cruise liner.

Canadian Cruise Ban to End in November - The Go To Family

[…] The Trudeau government made the exciting announcement that, as of November 1, the country will no longer prohibit cruise ships with more than 100 passengers on board from sailing into Canadian waters. […]

Here’s What You Need To Know Before Visiting St. Kitts And Nevis This Year - The Go To Family

[…] good news is that St. Kitts and Nevis is finally opening up its beautiful islands to American travelers. The bad news is that your […]