Disney Shares More Galactic Starcruiser Hotel Details on May the 4th (Be With You!) 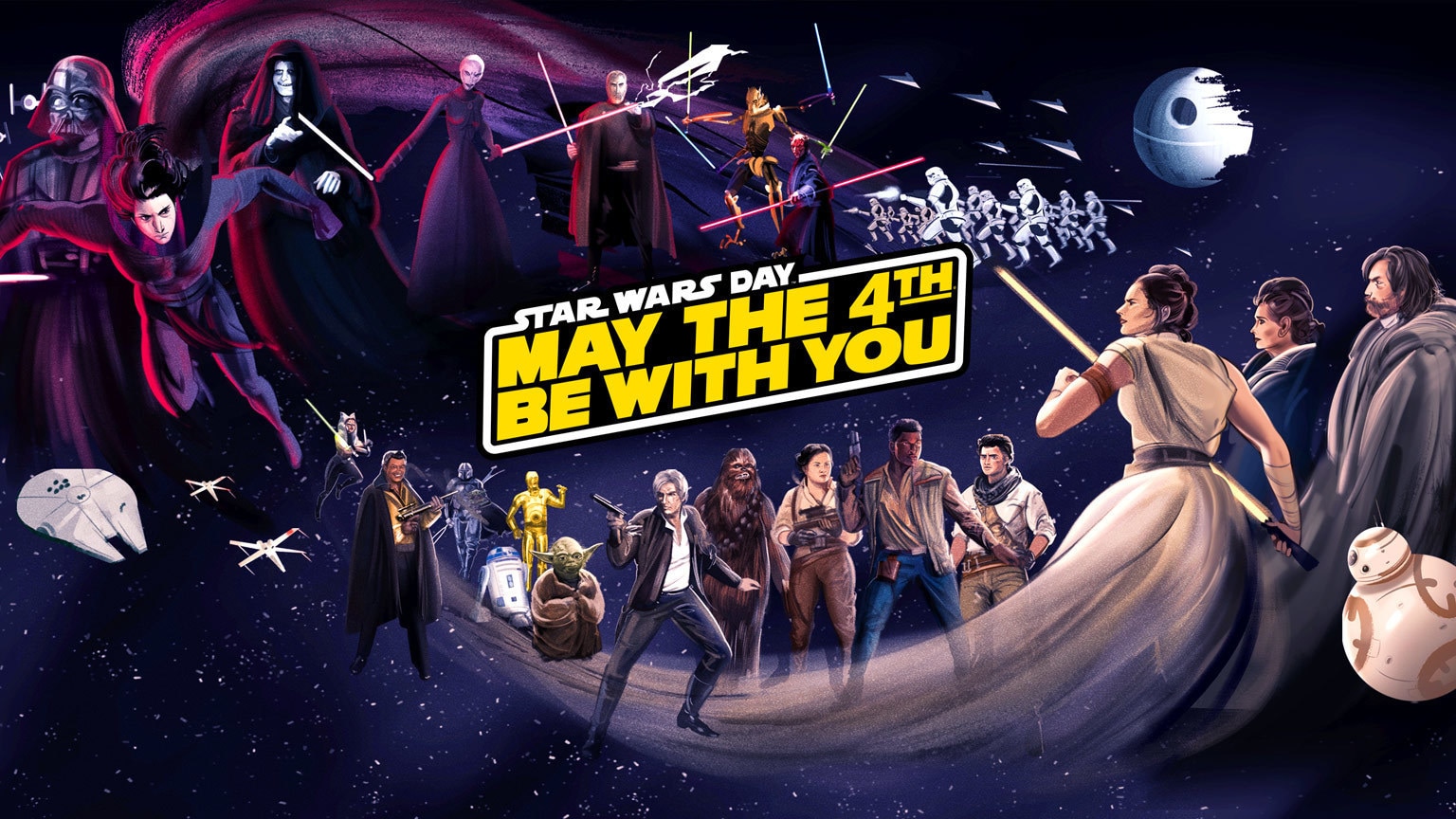 There are few new Disney offerings more eagerly awaited than the Galactic Starcruiser Hotel experience. As Disney wishes “May the 4th be with you”, they unveil more details about the hotel, the galactic experience and yes…an opening date!

First, the bad news. The opening date for the immersive, two night vacation experience at Star Wars: Galactic Starcruiser at Walt Disney World Resort in Florida has been delayed to 2022. Still no exact date has been attached to the grand opening, but it is disappointing to hear it has been pushed back from 2021.

Fear not though, young padawan, we have some new, out of this galaxy details to tide you over.

Disney is promising Star Wars fans staying at the Galactic Starcruiser Hotel an all-immersive “storyliving” experience, going beyond anything that has been created before.

Artist renderings have illustrated the thematic elements that will send future Jedis to a galaxy far, far away, like cabins fit for a family of Wookies with the king sized beds and bunks. Each cabin has a “window” with a view to the galaxy beyond and the constantly changing vistas as the Halcyon travels through space.

Through these windows, guests will be able to watch their cruiser come closer and closer to Batuu where they will be able to disembark and explore the winding pathways of Black Spire Outpost and seek out a hidden Resistance base.

So far, we’ve also seen illustrations of the interior of the launch pods guests will board within the terminal before blasting into hyperspace. Coming into view through the windows above, guests will catch their first glimpse of the Starcruiser with which they will soon dock.

Artist renderings have also given glimpses of the busy atrium, bridge and engineering room of The Halcyon, all open for guests to experience.

And Now on Star Wars day- May the 4th, Disney has gifted Star Wars buffs by releasing previously unseen renderings and concept art of the Corellia Dining Room, the hotel’s restaurant which offers guests three meals a day as part of their experience.

Eagle-eyed fans immediately noticed the beautiful purple Twi’lek who will be a featured performer at the restaurant, singing as you dine, just like the Twi’leks who have performed at Jabba’s Palace. Don’t worry, this chanteuse is nobody’s slave!

True Star Wars fans know Corellia is a planet, known throughout the galaxy for its shipyards. The famous Millennium Falcon was built in Corellia- something it has in common with the Halcyon. Another famous Corellia export- the scruffy looking nerf-herder himself- Han Solo!

A model of the Halcyon Starcruiser is currently on display for a limited time only at Disney’s Hollywood Studios. The model is creating even more buzz about the soon to open hotel and what kind of experience guests can expect after boarding the Halcyon.

It has been said that throughout the two-day, two-night adventure, guests of all ages will become the protagonist of their own heroic journey. The guests’ individual choices determine their personal adventure, interweaving with members of the crew and other passengers.

Visiting the bridge could make all the difference when a cruiser runs into the Halcyon’s strong and charismatic captain.

While on the bridge, the captain might teach guests about the cruiser’s systems like navigation and defense and how to operate them, all skills that could come in handy if evil Imperial forces want to start investigating the ship.

Maybe another guest will be invited to see the engineering room after sharing a drink at the Silver C Lounge with the Starcruiser’s plucky mechanic. Here guests can crawl through small engine room spaces and help perform maintenance on the ship’s vital systems. Ewok sizing is an advantage!

There are plenty more Halcyon crew for guests to interact with, as well as familiar Star Warscharacters and other heroes of the Resistance.

It is said that as guests become part of the action, they will choose their alliances and chart their private course amongst the broader Star Wars saga. But guests should be wary as they seize control of their destinies. Just as Rey discovered, every step taken, even from someone from Jakku, could impact the fate of the entire galaxy!

And speaking of Rey…

Just dropped is an exciting video showing a brand new type of lightsaber!

Guests aboard the Galactic Starcruiser, Halcyon will be the first to see the new saber in action which, until now has only been seen by the research and development Disney Imagineers. Now, as eager padawans learn the ancient ways of the jedi and their all-important lightsabers, they will experience the weapon activate right before their very eyes!

Seeking their own connection with the Force, guests will be able to wield a saber and face off against a training remote while being taught by the best in the galaxy.

So, do you think you are ready to jump into hyperspace and join the Halcyon in a galaxy far, far away? Yeah me, too. But alas, the waiting continues.

Patience we must have, young Padawans…2022 is right around the corner!